The University of Louisiana at Lafayette is located in the center of Lafayette, Louisiana, a small city of about 120,000. It is located about 120 miles west of New Orleans, Louisiana, about 160 miles east of Houston, Texas, and only 40 miles from the Gulf of Mexico. There is an airport which is only 10 minutes from the University, and there are bus services from downtown to cities around the United States.

The Intensive English Program Building is located at 413 Brook Avenue. Lafayette is the center of “Cajun Country,” which is an area of Louisiana with a strong French influence. Lafayette has the best of both worlds: it is both a typical American city and a center of its own special culture. The area is known for its fun festivals, delicious food, and special music (Cajun and Zydeco). Lafayette hosts the largest free music festival in the United States, called Festival International. Musical groups and craftspeople come from all over the world to perform here. There is also a large Mardi Gras celebration in south Louisiana in the spring. It is such an important event in this area that it is considered an official holiday! In addition to cultural offerings, there are also many shops, restaurants, and places to visit in the area. You can find Cajun food as well as American, Chinese, Thai, Middle Eastern, South American, Mexican, Indian, Japanese, French, and Italian restaurants. We hope you’ll try some of the specialties of the area including crawfish, shrimp, red beans and rice, gumbo, and po-boys. We’ve got the best food in the United States!

The winters in Lafayette are short and mild, with average temperatures in the lower 50’s F (10 C). Spring and fall bring beautiful weather, perfect for outdoor activities. The summers here are warm and humid, with temperatures typically in the upper 80’s and lower 90’s F (30-40 C). 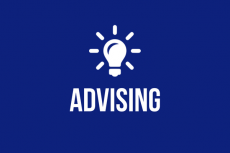 Schedule a virtual advising appointment or meeting through Microsoft Teams. Please make sure to download the Microsoft Teams app onto your cellular device to ensure that you have access to this appointment. Click here for step-by-step instructions.